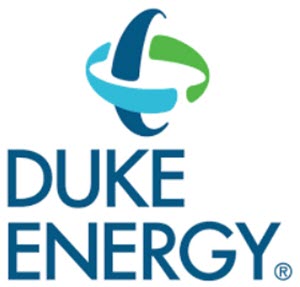 Duke Energy Corporation is an electric power holding company with assets in both the United States and Canada. Their focus areas are electricity generation, transmission and distribution. In late 2018, they announced that they would install 530 electric car charging stations around Florida.

Founded by James Buchanan Duke and Benjamin Newton Duke back in 1904, the corporation is nowadays a publicly traded company listed on the New York Stock Exchange (NYSE:DUK). It is included in the indices S&P 100, S&P 500, and Dow Jones Utility Average (DJUA).

The roots of Duke Energy goes back to the Catawba Power Company, founded in the year 1900 by Dr. Walker Gill Wylie and his brother. After successfully building and running a hydroelectric power station along the Catawba River near India Hook in South Carolina, the brothers convinced James Buchanan Duke to invest in a newly formed company called the Souther Power Company, and this investment made it possible to carry out the construction of several new hydroelectric plants.

In 1917, several utilities founded or acquired by Duke and his associates were pulled together into the holding company Wateree Power. In 1924, this holding company changed its name to Duke Power, and a few years later most of the subsidiaries were merged into Duke Power.

The 1973 Brookside Strike, a labour dispute between Duke Power and coal mine workers, garnered a lot of attention, and it became the subject of the Academy Award-winning documentary film “Harlan County, USA”.

From the late 1990s and onward, Duke Power has made several major mergers and acquisitions, including the merger with the natural gas company PanEnergy that resulted in a name change to Duke Energy.

In February 2014, the Duke Energy-owned facility Eden in North Carolina spilled 39,000 tons of coal ash into the Dan River. The company eventually pled guilty to criminal negligence (both at Eden and elsewhere) and paid substantial fines. Duke Energy and the U.S. Environmental Protection Agency signed an administrative order for the clean up process.

Getting out of Latin America

In 2016, Duke Energy sold its remaining power operations in Central and South America for 1.2 billion USD.

In 2019, the State of North Carolina ordered Duke Energy to remove millions of tons of coal ash from 31 ponds located at six different power plants. The coal ash is mixed with water and stored in uncovered, unlined ponds – and some of it has been sitting there for decades. The clean up is expected to cost 5 billion USD.