What is nuclear fusion?

In nuclear chemistry, nuclear fusion is a reaction where two or more atomic nuclei combine to form one or more different atomic nuclei and subatomic particles (neutrons or protons). 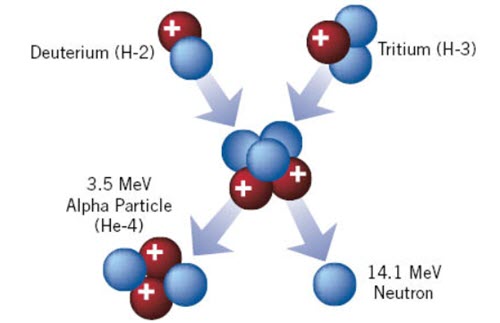 Generally speaking, a fusion process where the resulting nucleus is lighter than iron-56 or nickel-62 will release energy.

As early as 1920, the English physicist Arthur Eddington suggested that hydrogen-helium fusion could be the primary source of star energy, and laboratory fusion of hydrogen isotopes was accomplished by the Australian physicist Mark Olifant in 1932. The first nuclear fusion on a large scale in an explosion was accomplished in 1952, when the Ivy Mike hydrogen bomb was detonated by the United States on an island in the Enewetak Atoll in the Pacfic Ocean.

Since some nuclear fusion reactions release energy, a lot of research has been put into finding out how this could be used to generate electricity. So far, all nuclear powerplants worldwide rely on fission, not on fusion.

Fusion powerplants could have several advantages over fission, including increased safety and producing less high-level nuclear waste. Also, there is a lot of suitable fuel available.

Still, the dream of fusion powerplants has still not come to frutition, since the research projects have run into several notable problems along the way. Research into creating fusion power plants began in earnest in the 1940s, but we still haven’t found any design that produces more energy output than the electrical power input.

The desired fusion processes requires not just fuel but also sufficient temperature, pressure and confinement interval to create a plasma in which the fusion can take place. Out in space, such conditions are found in stars, but achieving a suitable environment down here on the surface of planet Earth has proved difficult from a practical and economical standpoint. 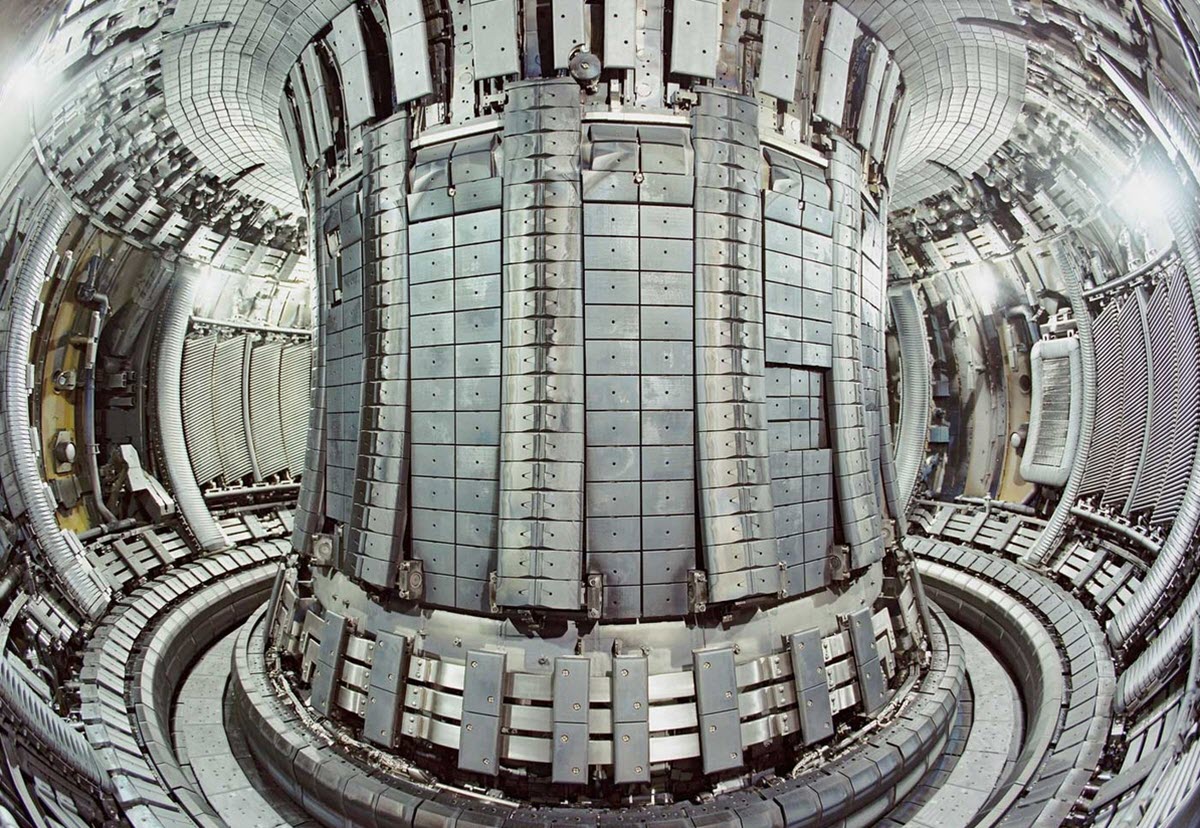 The most common type of fusion reactor will use hydrogen isotope, such as tritium and deuterium. Within the reactor, a laser or magnetic systems (tokamak and similar) will be employed to create a confined plasma with the temperature of millions of degrees C.

A large hurdle when trying to design a fusion reactor is how to create a system capable of confining the plasma long enough at a high enough temperature and density for a long term reaction to take place.

Also, the fusion reactor must be capable of handling the neutrons that are realeased from the fusion process. Over time, many commonly used materials for reaction chambers will be severely degraded by such neutrons.

Since the 1940s, several different confinement solutions have been investigated by fusion researchers. In the early days, a lot of effort was put into exploring the systems z-pinch, stellarator and magnetic mirror. Nowadays, the possible solutions that are getting the most interest from researchers are inertial confinement (ICF) by laser and tokamak (a device which uses a powerful magnetic field to confine a hot plasma in the shape of a torus). Examples of alternative solutions that are also being investigated right now are inertial electrostatic confinement, stellarator, proton-boron, and magnetized target fusion.