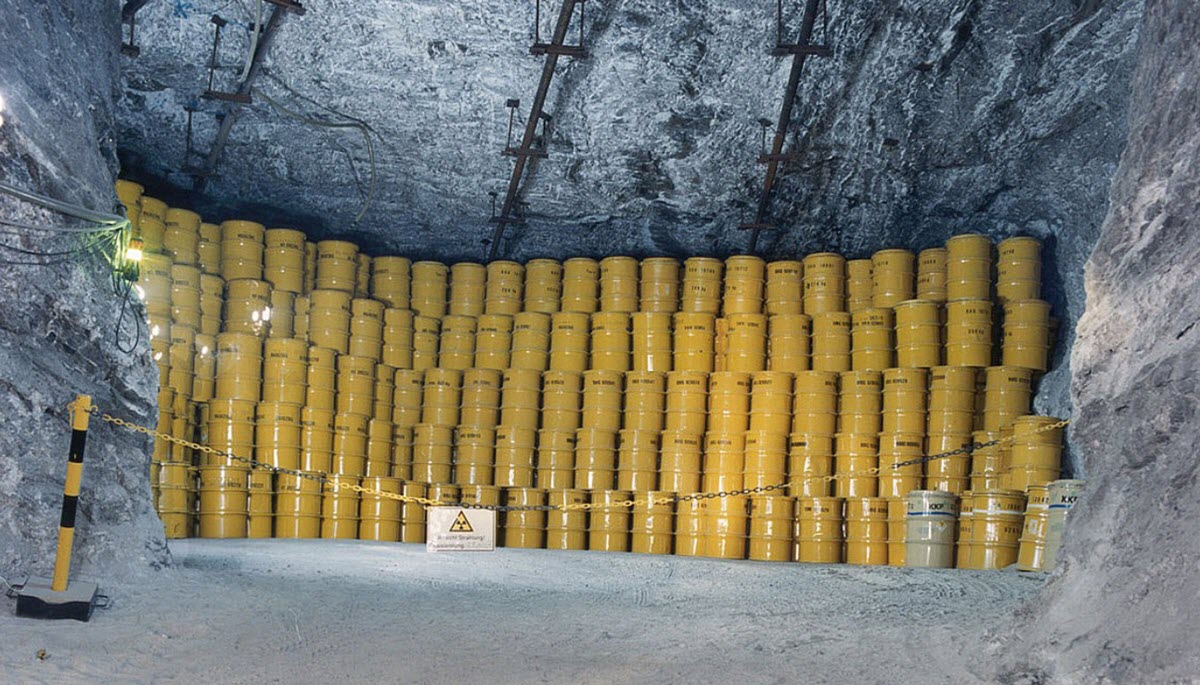 How long radioactive waste remains dangerous depends largely on the half-life of the element. Cesium-137 and strontium-90 have a half-life of roughly 30 years, which means that after 30 years, roughly 50% of the atoms of the radioactive material will have disintegrated.

Nuclear reactors produce high-level radioactive waste (HLW). One example of HLW are used fuel rods that have been removed from the core. They contain both fission products and transuranic elements, are highly radioactive and tend to be hot.

An average 1000-MW nuclear power plant will produce around 27 tonnes of spent nuclear fuel in a year. The waste from spent fuel rods will consists cheifly of cesium-137 and strontium-90, but can also contain plutonium.

Two examples of long-lived fission products from nuclear reactors that are of special concern are Technetium-99 and Iodine-129. After a few thousand years, these two will be the dominating radioactive materials left in the spent fuel rods created today. The half-life for technetium-99 is 220,000 years and the half-life for Iodine-129 is 15.7 million years.

Reprocessingor or recycling of spent nucear fuel is possible with current technology. It still generates waste, and is therefore not a total solution, but it can be used to reduce the quantiy of waste that must be put into long-term storage. Many programs for reprocessing or recycling spent nuclear fuel are currently active worldwide.

Many different methods of long-term disposal of radioactive waste (especially HLW) have been discussed. Right now, the dominating suggestions are deep geological burial in a mine or in a borehole.

So far, there is no repository available for civilian HLW anywhere in the world; all radioactive waste that is being stored is stored in storage facilities intended for short term or medium term storage. One long-term repository is currently being constructed in western Finland, near the municipality Eurajoki. This is a deep geological repository named Onkalo, excavated in granit bedrock. It is expected to start recieving Finnish HLW in 2020.

In the United States, HLW from several sources is stored in The Morris Operation in Grundy, Illinois, but this storage isn’t intended for long-term keeping of HLW. In this facility, spent nuclear fuel assemblies are kept in a spent fuel storage pool. HLW is also stored at 70 different nuclear power plant sites throughouth the United States, since there is no long-term storage facility available to send it to. The Yucca Mountain Nuclear Waste Repository, approved in 2002, was intended to be a deep geological reposity for HLW within the Yucca Mountain, but federal funding for the project was stopped in 2011 under the Obama Administration.